Marilyn Monroe, who has previously sparked explicit tape that turned out to be a hoax, has long lost semi-nude pictures that were recently discovered. 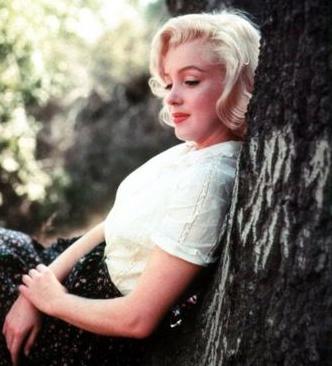 Her sexy pictures have sparked a bitter legal battle, which is being watched closely by the guardians of her status as in international style icon.

The photographs, which were believed lost for more than 40 years, are among a series featuring the star of “Some Like it Hot and Gentlemen Prefer Blondes” in a series of stunning poses wearing not much more than a set of pearls and a sultry pout.

The pictures were snapped by New York photographer Bert Stern during a three day session with the star at Los Angeles’ Bel Air Hotel in July 1962, just six weeks before she died from an overdose of barbiturates.

Mr. Stern recreated the shots from the famed “Last Session” in a photo session with the actress Lindsay Lohan.

But the seven negatives, described as “unique and irreplaceable”, recently surfaced when two New York photographers Michael Weiss and Donald Penny contacted Mr. Stern. Now he is suing to get them back and demanding $1 million in damages.

Mr Stern’s lawyer, Stephen Weingrad, said the men gave Stern two of the photos so he could authenticate them, but they said he would have to pay for the others. He said that negotiations broke down because the men were too “greedy.”

The men’s lawyer Jamie Brickell said on Wednesday that his clients did nothing wrong and that the negatives were found in a pile of garbage in Manhattan in 1973 or 1974. He denied his clients asked Stern for money.

A source, which is close to the Monroe estate, revealed their lawyers are watching the proceedings closely to ensure that the new pictures are not used to advertise undesirable products like underwear or condoms, a battle the estate has had to fight in the past.

The source added: “The interest in her never seems to diminish.”