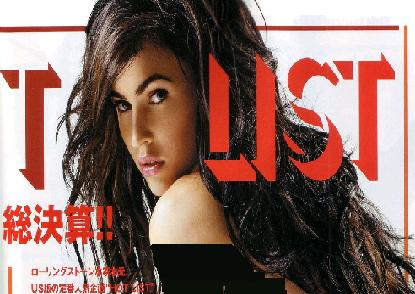 The “Transformers” actress looked stunning as she posed for the magazine in their January 2008 issue. You could see the cover here and stunning shot here.

Her upcoming film, which is still in the works, is a comedy film titled “How To Lose Friends And Alienate People.”

The film’s cast also includes Kirsten Dunst, Gillian Anderson and Jeff Bridges. It is set for an October 2008 release.