Meghan Markle joined the other royals, who showed up for the first day of Royal Ascot. 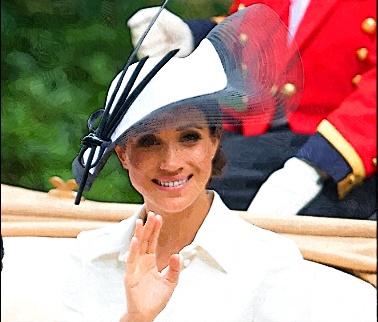 The Duchess of Sussex attended the event with her husband Prince Harry as well as the Queen for the traditional carriage procession, which marked the start of the five-day racing spectacle in Berkshire. She was spotted sharing a carriage with Prince Edward and the Countess of Wessex when she made her first-ever appearance at Ascot this morning. The 36-year-old duchess chose a dress from her favorite designer, Givenchy and she paired her outfit with a matching fascinator by Philip Treacy. She was spotted leaving the event with Prince Harry in a car. Meanwhile, the royal newlywed will later present a trophy to the winner of the St James’s Palace Stakes.