Meghan Markle reportedly catches the attention of 007 producers while playing the paralegal in the legal drama last year. 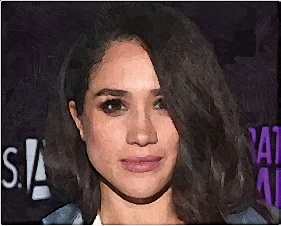 The “Suits” star is believed to be shortlisted as Daniel Craig’s next Bond girl but her whirlwind romance with Prince Harry ruled her out of the list. A source claims that the 36-year-old actress fits the role of a Bond girl perfectly because she’s glamorous and sexy and a good actress. The producers are believed to be trying to find a glamorous rising star, specifically someone American or Canadian. However, they assume that the star is unavailable after her romance with Prince Harry has emerged. Now, the engagement is a final sign since the humanitarian is ready to retire from her acting career to focus on royal duties. Meanwhile, Ilfenesh Hadera also makes the shortlist of five actresses to play Daniel Craig’s love interest.