Melanie Brown, one of the Spice Girls, has plans of marrying her new boyfriend Stephen Belafonte. 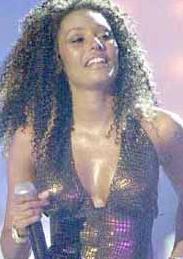 The singer has been dating the film producer since splitting from the actor Eddie Murphy last year.

She admitted that she is ready to wed for a second time.

She revealed, “He’s the love of my life and I am going to marry him.”

The singer, who experienced a bitter paternity case, also revealed Belafonte has accepted the three-month-old as his own child.

She added, “Stephen’s been a godsend. Eddie hasn’t been in touch once since I had the baby, it’s unbelievable. But Stephen has been a tower of strength.”