Michael  Douglas lunged at a photographer after his wife Catherine Zeta-Jones claimed to have been punched in a crowd of paparazzi when they entered hotel last night. 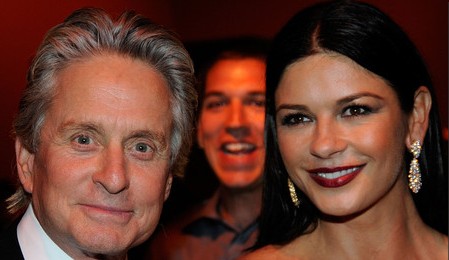 Hours after Catherine was honored as a CBE (Commander of the Order of the British Empire), the couple was leaving their car at their hotel when photographers swarmed.

Catherine shouted that  one of the paparazzi “punched” her and asked for police assistance. Michael confronted the man he believed got too physical with his wife.