The family of Michael Jackson was deeply offended when “American Idol” contestant commented about Pepsi moment, which triggered years of drug abuse of the singer. 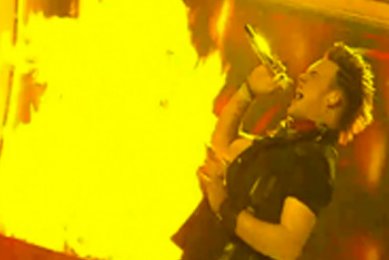 James Durbin did a lot of hairspray in his hair to keep it because he was worried about was having a Pepsi moment, when Michael’s hair caught on fire during the filming of a Pepsi commercial. But the “American Idol” contestant insisted he have no disrespect for the King of Pop and making a reference to an incident 25 years ago is not too soon and the stab was at pepsi people.