Miley Cyrus slammed Rebecca Black, who earned 16 million views in a single week, revealed that it should be harder to be an artist because one shouldn’t just be able to put a song on YouTube and go on tour. 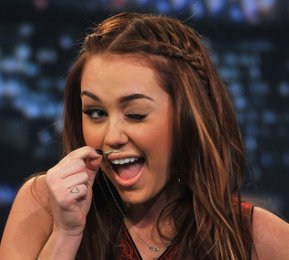 The 18-year-old singer isn’t a fan of the internet when she admitted that she didn’t tweet, don’t social network and tried to stay out of it. She thought going out there and exploit herself would be silly and hypocritical. Miley apparently seeing someone after dishing the scoop that she is not coming to Australia single.