Two weeks before he died, Michael Jackson wrapped up work on an elaborate production dubbed the “Dome Project” that could be the final finished video piece overseen by the King of Pop. 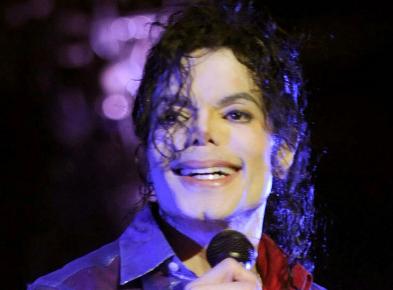 Jackson was apparently preparing to dazzle concert audiences in London with a high-tech show in which 3D images — some inspired by his “Thriller” era — would flash behind him as he performed on stage.

“It was a groundbreaking effort,” said Vince Pace, whose company provided cameras for the shoot, a 3D system he created with filmmaker James Cameron.

“To think that Michael’s gone now, that’s probably the last documented footage of him to be shot in that manner,” Pace said.

Two people with knowledge of the secretive project confirmed its existence Monday to the AP on condition they not be identified because they signed confidentiality agreements.

They said it was a five-week project filmed at Culver Studios, which 70 years ago was the set for the classic film “Gone With the Wind.” Four sets were constructed for Jackson’s production, including a cemetery recalling his 1983 “Thriller” video.

Shooting for the project lasted from June 1-9, with Jackson on the set most days. The project was in post-production, at the time of Jackson’s death, and had been expected to be completed next month. It was not immediately clear what would be made of the video footage now.

Producer Robb Wagner, founder of music-video company Stimulated Inc., did not immediately return a message seeking comment on the project.

Michael Roth, a spokesman for Jackson’s Los Angeles-based promoter AEG Live, said he hadn’t heard about the production but did not rule that it could be part of the company’s contract with the entertainer.

According to one of the people with knowledge of the project, a willow-thin, pallid Jackson left a memorable impression on the crew, arriving in a caravan of SUVs with hulking security guards in tow. The person said Jackson introduced himself to workers on the set and walked with a spring in his step but at one point needed assistance as he descended steps off a stage.

Besides the cemetery, one set was draped in black with an oversized portrait of Jackson in his “Thriller” werewolf costume. Another set was designed to simulate a lush jungle, and a fourth was built to replicate a construction site, with a screen in the back to allow projection of different backgrounds.

According to Stimulated’s Web site, the company was hired to produce screen content for Jackson’s planned comeback concerts in London. Stimulated has worked with Def Leppard and the Pussycat Dolls, and produced content for the Academy Awards and the Emmys.