Miley Cyrus has been claimed that she was pregnant but now the Hannah Montana star has broken her silence and slammed pregnancy rumors. 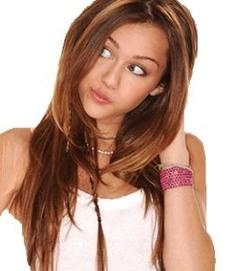 The young actress was talking about the Internet hoax which speculated that she was pregnant.

The rumors had started after an altered J-14 magazine piece found its way to the internet saying, “Yes, sadly it’s true. Miley herself confirmed the pregnancy rumors during a J-14 interview. I’m going to take good care of my baby, I’ve already gained seven pounds.”

The actress supposedly told the magazine. I was in real shock when it happened accidentally; I went a little too far. I’m sorry to all of my fans.”

But the teen magazine quickly responded saying that all the reports about Cyprus’ pregnancy were false, saying: “J-14 NEVER reported Miley Cyrus is pregnant.”