Miley Cyrus, who was seen while going out near her home in Toluca Lake today, kept her silence over her estranged father’s interview with GQ. 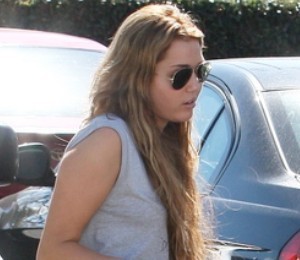 The Disney star still hasn’t spoken out about her father’s interview, which Billy Ray admitted of being scared for her.

It was claimed that her father never made one commissioned dollar or dime off. But the Disney source insisted that the remark was ludicrous since Billy Ray might indeed received a cut off of Miley’s cash.