Miley Cyrus was taking a new role when she reportedly signed on to star in Sony Pictures Animation project, “Hotel Transylvania”. 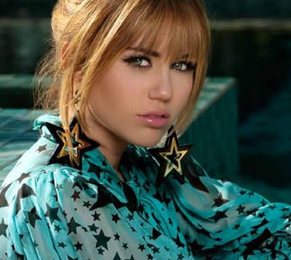 The former “Hannah Montana” star will portray Mavis, who is the daughter of Dracula, in the film. It was reported that Dracula fabricates tales of elaborate dangers to dissuade her adventurous spirit since he is overprotective of his teenage daughter. Adam Sandler, Kevin James, Fran Drescher, David Spade, Steve Buscemi and Molly Shannon will also star in the film, which is set to release on September 21, 2012.