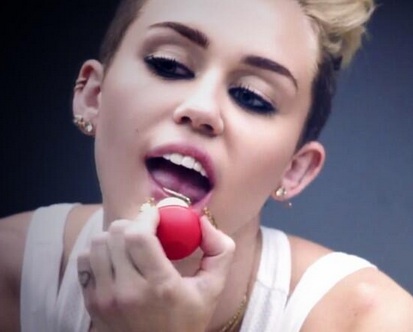 The “Wrecking Ball” singer knows that her former fiance has been seeing the Mexican model after officially ending the engagement and it’s been hard for her. When Liam is seen kissing Eiza on Tuesday, the sizzling pictures spread outlets worldwide. And the sources dish that the 20-year-old star is heartbroken by his actions. Meanwhile, Miley sparks romance rumors with Bangerz producer Mike WiLL Made It as their racy photo shoot surfaces in Twitter.