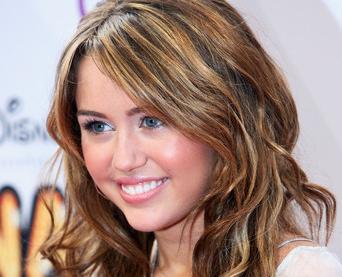 Considered as one of Hollywood’s notable young actresses, Miley Cyrus says she doesn’t mind being looked up to by her many fans since she likes to be their role model. “I definitely want to be a role model; I hope I am. I want people to be able to look up to me because that is part of my job and that’s what I love,” she tells IANS in an e-mail interview this week.

Speaking about the responsibility of a role model, Miley says she wants her fans to copy her positive sides and not the negative ones. “I want my fans to watch me and when I make good decisions, make similar decisions and when I make mistakes, learn from them because I will too,” the Disney star continues.

Most recently, Miley Cyrus was seen attending the U.K. premiere of her big screen flick “Hannah Montana: The Movie”. Her singer father, Billy Ray Cyrus, and best female friend, Demi Lovato, were seen joining her for the event.

“Hannah Montana: The Movie” has been released in U.S. theaters since April 10. It scored the No. 1 spot on the North American box office in its first week, taking in $32.3 million in ticket sales. Miley herself has called the film a “superhero movie for girls”.