Naomi Campbell, who is supermodel, has been released from hospital in Sao Paolo, Brazil after undergoing surgery to have a cyst removed. 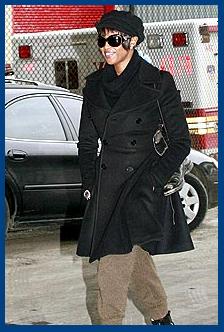 The 37-year-old supermodel checked into the Sirio-Libanes Hospital but she underwent surgery to remove a cyst.

She was allowed to leave the hospital after her five-day stay, saying “She is perfectly well.”

The British supermodel stayed in Brazil for several weeks after attending the Rio De Janeiro Carnival.

It was reported that she was a guest of a Brazilian billionaire Marcus Elias.