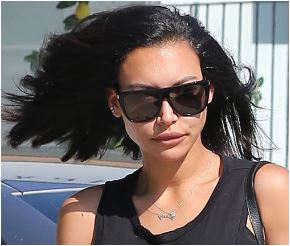 The 29-year-old actress posted the cute new photo of her nine-month-old son Josey. She also described her hubby as her partner in crime as she thanked him for everything that he did. Meanwhile, Naya Rivera wore all-black ensemble when she bought some groceries on June 29 in West Hollywood, California. She also had her hair done at Andy LeCompte Salon.