Nick Jonas was spotted while posing with brothers Kevin, Joe and Frankie at The Al Hirshfeld Theatre on January 24 in NYC. 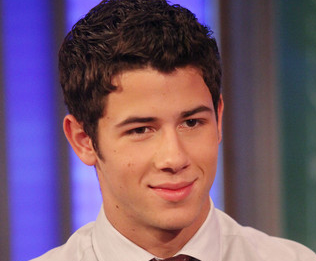 The “Jonas Brothers” member performed his debut in “How to Succeed in Business Without Really Trying.” Joe thought that Nick performed very well at that time and he felt very proud of him. It was reported that the singer continued the role of J. Pierrepont Finch from Glee‘s Darren Criss.