Vanessa Minnillo, who has her hot tub photos are online, previously spent a week in Mexico with Nick Lachey. A photographer snapped them while they are having a wild romp and now those photos are on the Internet. 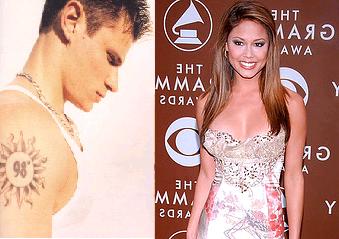 Vanessa Minnillo, who revealed that Nick Lachey is a great boyfriend, worked out with a trainer to keep fit and healthy, saying, “I do a lot of reps.. I don’t want to bulk up.”

As for the steamy photos, they were published by a Spanish magazine and were scanned to show on the Internet. You could see the photos here