Nicole Kidman, the wife of Keith Urban, has a confession to make. The Oscar winning actress believes she knows what started that latest round of pregnancy reports for the couple and it was all her doing. 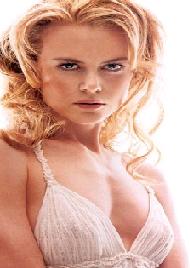 The actress was injured while filming her soon to be released film the invasion and suffered broken ribs, reports have claimed. She revealed, “It was very scary, I broke some ribs so that was pretty painful – even though I seem to have a high pain threshold. The bandaging was quite heavy so I guess that might be what started people talking.” So it was more like a baby bundle of bandages.

The 40-year-old actress was rushed to the hospital after her car accident during shooting in downtown Los Angeles. The footage of the accident is expected to be included in the film’s final edit when the film will show in October.

She added, “I told them, ‘You’ve got to put this in the movie because there’s no way I’m going to have gone through all of this pain and not have it in the movie.’ I got my wish and it’s going to be included.”