Nicole Kidman’s film “To Die For” is to be turned into a new stage musical by the brains behind Broadway hit “Xanadu”. 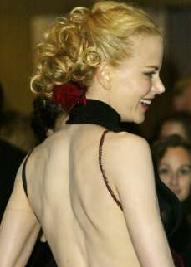 Tara Smith and B. Swibel, the producers, are currently updating Joyce Maynard’s novel, upon which Nicole Kidman’s film was based, and hope to announce a premiere date by the end of the year.

B. Swibel revealed, “We hope to deliver upon the brilliance of the story and characters created in the novel and film with an original musical score.”