Nicole Richie showed her fashion style once again as she was spotted wearing “flower power” look for a second night running. 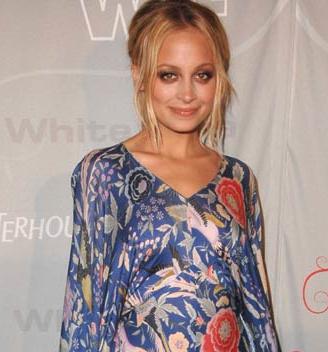 Any girl knows there’s nothing better than discovering that the season’s hottest trend works particularly well for them and the actress was not an exception.

The 26-year-old star would already impressed fashion pundits with a similar dress in blue at an award ceremony in Beverly Hills the previous evening.

At Wednesday night’s Cartier bash the 26-year-old was a vision in a long, canary-yellow satin number with floral designs. The outfit, which combined this summer’s bloom-inspired style with the season’s top silhouette -the maxi dress, echoed the fashion coup Lionel Richie’s daughter had pulled off with equal aplomb the night before.

At a previous evening’s event honoring women in film the new mum hit the red carpet, alongside several other celebrities also channeling the flower trend, in a flowing cornflower blue number featuring roses and chrysanthemums.