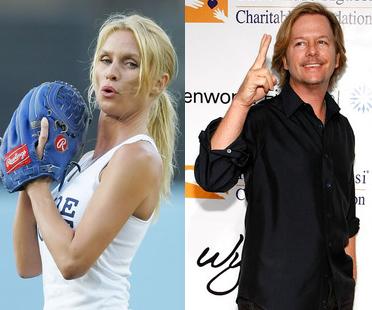 There to celebrate Nicollette Sheridan’s 45th birthday, the celebrity pair, who arrived separately and began dinner at separate booths, “couldn’t resist each other for long,” according to a source.

According to the source, Spade winked at Sheridan and was by her side as she blew out the candles on her birthday cake. Later, the pair reportedly holed up in a booth where they “cuddled and kissed.”

Despite their public hookup, a source, which is close to Sheridan, revealed that “they are not dating.”