“Twilight” co-stars Nikki Reed and Robert Pattinson have sparked rumors of them dating after they are said getting close to each other on and off the set of “The Twilight Saga’s New Moon”. 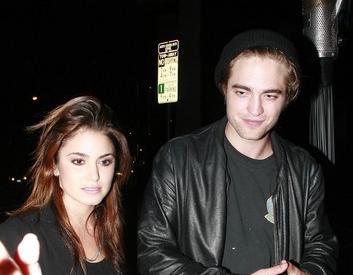 New rumor has emerged by the hour that “Twilight” co-stars Nikki Reed and Robert Pattinson are secretly dating. According to Lainey Gossip, which is the first to report that matter, the twosome has been spotted spending some quality time together on and off the set of “The Twilight Saga’s New Moon” in Vancouver, Canada.

Nikki hung up with Robert at his place on Sunday, March 29. Later that evening they hooked up again. They attended a Juno Awards after party with the companion of fellow “Twilight” co-star Kristen Stewart and her actor boyfriend Michael Angarano.

During the bash, Nikki and Robert “spent much of the time talking to each other, heads bent close together,” a source tells Lainey Gossip. At the end of the night, “Kristen and Michael hopped in a cab, and Nikki and Rob walked further up the block…arms wrapped around each other on their way home.” The source adds further, “She stayed with him overnight, was supposed to be back in L.A. on Monday….But never showed.”

There hasn’t been confirmation nor denial from Nikki or Robert regarding the dating claim. Besides, there is also no obvious evidence of them spending time together at the particular date and event.

Nikki Reed, Robert Pattinson, and Kristen Stewart currently are in Vancouver for the filming of the highly anticipated “The Twilight Saga’s New Moon.” The “Twilight” sequel will be released in U.S. theaters on November 20 later this year.