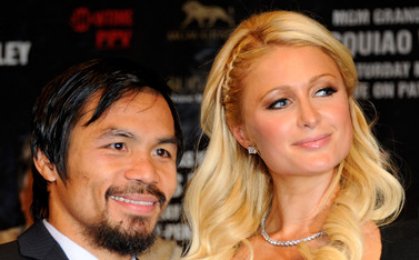 The socialite and her sister Nicky became a part of crowd cheering on Pacquiao at the MGM Grand Arena. She was introduced to the boxer and his wife Jinkee after staying behind to watch a post-fight news conference. Paris thought Manny is an incredible fighter and she felt it was honor to be brought on stage by Manny and his wife after the fight.