Paris Jackson is in the “Rolling Stone” cover for February 2017. 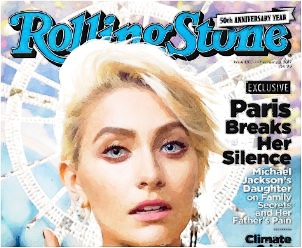 The daughter of the King of Pop gives her exclusive interview for the magazine. She also talks about her secrets and feelings. She blames the Dr. Conrad Murray for Michael Jackson’s death. She also thinks that it was a setup. Meanwhile, fans could grab the copy of Rolling Stone 50th anniversary year to get the latest scoop of Paris Jackson’s interview.