Hollywood actor Patrick Swayze revealed that he is still fighting the “good fight” as the actor is firing back at media outlets that have been reporting his cancer has spread. 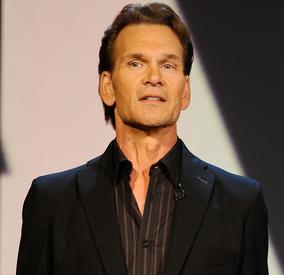 The “Ghost” star, which was diagnosed with pancreatic cancer earlier this year, contested claims he has been saying goodbye to members of his family.

The 56-year-old actor revealed in a statement that he “very proud” of the work he has done on his new series “The Beast,” and that he is winning the battle against cancer so far.

Patrick Swayze said: “I am happy to be back home for the holidays. It’s a great feeling of accomplishment to say you’re gonna do something and do it.”

He continued: “The only thorn in my side being that many tabloids have been consistently reporting lies and false information about me and those close to me,” he continued. “And latest, they’re reporting that I’m on my last legs and saying goodbye my tearful family!

He explained: “Pancreatic cancer is an aggressive disease and from the moment I was diagnosed, I knew I was in for the fight of my life. It’s a battle, and so far, I’ve been winning. I’m one of the lucky few that responds well to treatment.”

He also called the tabloid rumors “downright emotional cruelty,” adding: “It’s upsetting that the shoddy and reckless reporting from these publications cast a negative shadow on the positive and good fight I’m fighting, that makes me angry when hope is so precious.”

News of Swayze’s illness surfaced in March, when tabloid reports said that he had only five weeks left to live.

Patrick Swayze said his chemotherapy treatments are like “hell on wheels,” but he pledged that he would remain positive in spite of the fact that statistics say he was “a dead man.”