It was reported that British supermodel Kate Moss treaded on a glass picture frame. She actually hurt her ankle and she needed ten stitches. The supermodel returned to London’s Harley Street for a treatment. A spectator revealed, “When photographers asked her what was wrong she laughed, ‘Like I’m telling you’.” 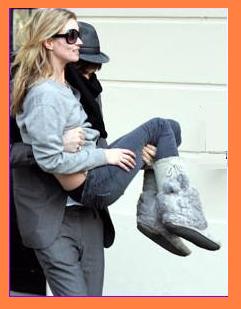 Pete Doherty, the singer, helped Kate Moss by carrying her to their car after she’d been sewn up. Before the incident happened, Pete and Kate were spotted to view some properties in Regents Park and Primrose Hill. A source revealed, “Everyone is amazed that they’re looking for a joint mortgage. It’s rather romantic.”