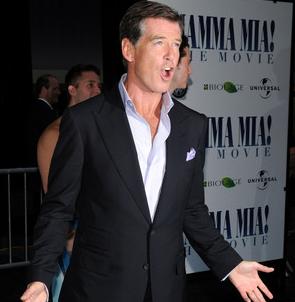 The Irish actor will reprise his role as art thief Thomas Crown in the sequel to The Thomas Crown Affair. And while Angelina was said to be in talks to play his leading lady, Pierce says he’d prefer Charlize in the role.

He revealed over the weekend: “Charlize Theron is someone who I’ve always admired. I think she’s someone who has acquitted herself grandly.Nothing against Angelina Jolie. I think she’s a magnificent actress. But Charlize has a poise about her and has an inner strength and femininity which I really like to watch.”