Pink was chilling in Malibu before the Christmas Eve while preparing her daughter’s first big holiday on Friday. 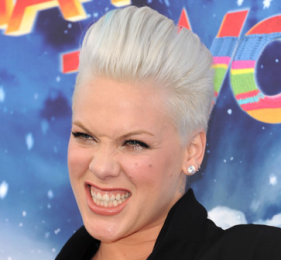 The singer and hubby Carey Hart took their child to lunch at the Malibu Country Mart. It was reported that Pink was touched with the story of a dog, who was thrown from an overpass in Los Angeles, so she called the Ace of Hearts animal rescue shelter and donated the $5000 necessary for the dog’s surgery to repair his three broken legs.