Pippa Middleton partook in a fun-filled night on the town with Alex Loudon in London, England on August 25. 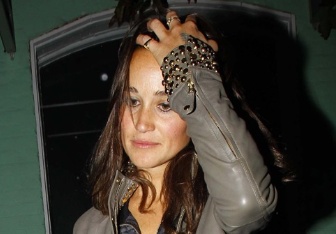 The 27-year-old party planner and her investment banker beau hit up trendy Public Nightclub & Bar on Kings Road. After a few hours of drinking and dancing, they shuffled out to a taxi while getting passenger seats for the ride back home. Meanwhile, Pippa is said to have moved her belongings into her boyfriend’s pad for what’s being dubbed as a “trail” marriage.