Pippa Middleton and James Matthews are reportedly engaged after proposing in the Lake District. 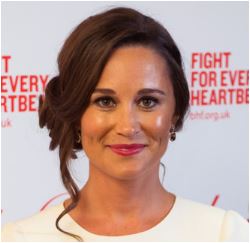 The couple went to the Lake District to enjoy the beautiful views from the summit. It was where the 40-year-old asked the brunette beauty to marry him while getting down on one knee and pulling out a diamond ring. Although the proposal left the Duchess of Cambridge’s sister entirely surprised, she said “yes.” Their wedding is believed to be held next year. Meanwhile, Pippa got engaged after she started properly dating the handsome hedge fund manager less than a year ago.