Pippa Middleton, who became celebrity after the British royal wedding of the future Queen, admits that it is a bit startling for her to be recognize before the age of 30. 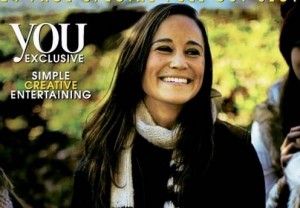 The younger sister thinks her global recognition sparks on account of sister Duchess Kate, brother-in-law Prince William and her derriere. She revealed that her worldwide fame has its upside and its downside. She also describes herself to be a a typical girl in her 20s, who is making a career and representing herself in some strange situations. Meanwhile, Pippa has a chance to publish a book entitled: “Celebrate,” which is a comprehensive guide to partying.