Pippa Middleton sparks engagement speculation when she has recently been on holiday with her banker boyfriend Nico Jackson. 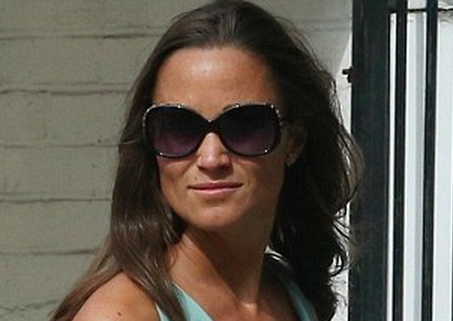 The 29-year-old brunette beauty has dismissed the speculation that her boyfriend has proposed to her after speculations, which circulated this week, suggest a secret engagement. Meanwhile, Pippa wore an elegant mint green dress by Logue London and carrying two large statement handbags when she left offices in South Kensington yesterday afternoon. She matches her outfit with snakeskin slipper-style shoes and sunglasses by Givenchy.