Pippa Middleton seems to be following her sister Kate down the aisle after sharing to her friends that her boyfriend Nico Jackson is ‘the one’. 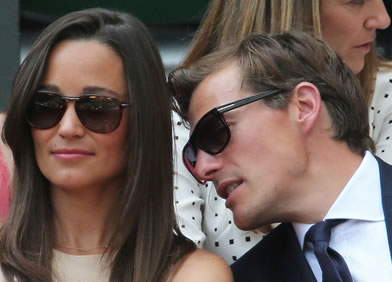 The brunette beauty has also told her family the same thing. And the couple is reportedly holding off their engagement after the royal baby is born later this month. Friends dishes that Pippa is expected to announce her engagement within months. Meanwhile, Pippa Middleton and her boyfriend Nico Jackson watched the Wimbledon men’s singles semi-finals together. They appeared to be more interested in each other than watching the tennis.