Pippa Middleton was spotted while watching the match between Andy Roddick and Kevin Anderson on Thursday. 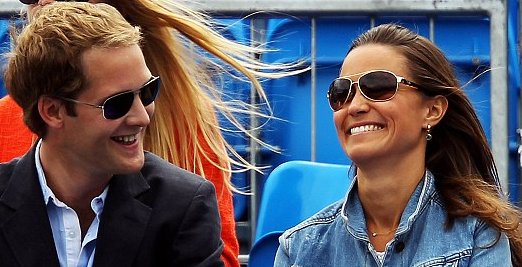 The 27-year-old party planner, who wore a denim jacket and sunglasses, was watching the game alongside her former college roommate, George Percy. George is one of the honorary member of the “Pipparettes,” which are bridesmaid’s nearest and dearest friends. Meanwhile, Pippa’s beau Alex Loudon hasn’t been spotted lately.