Liam Payne and Cheryl Cole were spotted together while they went to a Christmas carol concert on Tuesday. 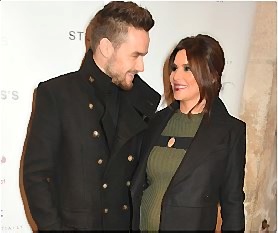 The couple was believed to be expecting their baby before. Now, the baby rumor was getting stronger when the “Girls Aloud” singer flaunted her prominent baby bump at a nativity-themed Carol concert. The “One Direction” singer wrapped her protective arm around his girlfriend, who was wearing a tight-fitting olive mini dress. Unfortunately, a spokesperson for Cheryl refused that she won’t make any comments on the issue.