Prince Harry and Duchess Meghan were spotted during their first official appearance since their wedding just days ago. 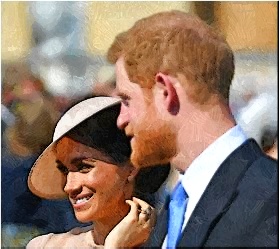 The Duke and Duchess of Sussex attended the Prince of Wales’ 70th Birthday Patronage Celebration held at Buckingham Palace on May 22 in London, England. The Duchess of Sussex is wearing a Goat cream dress with long sleeves, nude tights, Tamara Mellon “Siren” pump, and Philip Treacy fascinator. It is not surprising that Prince Charles was there as the guest of honor. His wife Camilla was also there. Meanwhile, Duchess Meghan received a handmade crystal necklace as her first gift as Her Royal Highness from Sophie Rogers. It seems that the 26-year-old woman got a grant from The Prince’s Trust two years ago, going on to start her own successful business. The former “Suits” star thanked her and shared that she was just admiring her necklace. She also complimented the necklace while calling it “beautiful.”