Cops have told Prince Harry to look for a hotel room if he wishes to spend time with his girlfriend Chelsy Davy, since the students dig where she is put up is highly unsafe. 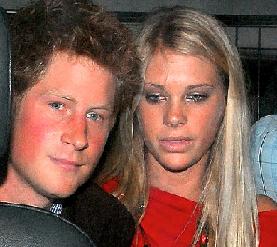 The young prince has been spending time with his girlfriend, who is pursuing a law degree at Leeds University, at a 55 pounds-a-week student room that she is sharing with three friends.

However, after inspecting the area, security chiefs have told the 23-year-old prince that the place isn’t safe.

Five minutes from the lane is a road once called ‘Britain’s most burgled street’ and cops swooped down a nearby property after the 2005 July bombings.

A security source revealed, “There’s no way Harry will ever be properly protected there.”

The source added, “Officers will have no control over the comings and goings. He’s been told a hotel is the best option.”