Prince Harry joins Full Effect project in making the Royal Gifs as a part of the community initiative in St Ann’s, Nottingham. 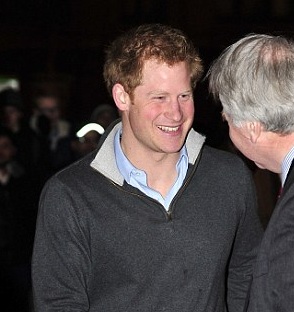 The 30-year-old royal wears in navy chinos, jumper and jacket, which is worn over a shirt. He looks comfortably while chatting with the cast from “Guillemot” film. The cast members share their excitement that they will work with the young royal for the first ever Royal gifs. Meanwhile, Prince Harry returns to Nottingham to join the cast and crew during the film premiere at the Cineworld multiplex. He reveals that this project means a lot to him. He also thinks that there will be positive future out there for everyone. It is reported that the prince has special interest in the project and this is the third visit to observe the filming.