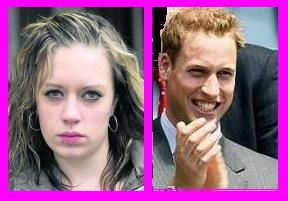 Lisa Agar described the reports that romantically linked her to Prince William as “a total fabrication.” She revealed, “They have made it out to be something totally different to what it was. They seem to be trying to dish the dirt when there is no dirt to dish.”

Lisa Agar, 19-year-old student, met Prince William at a nightclub. She revealed, “We had a couple of dances and he was great fun, but he was perfectly well behaved, absolutely impeccable. Anyone who says any different is not telling the truth.” She also denied the reports that Prince William had asked her to go back to his barracks after the night out in Elements in Bournemouth. “He never asked me anything of the sort. I did go back with one of his Army pals called Rufus for a couple of drinks and then I went home, but that had nothing to do with William. She added, “I even traveled back to Bovington in a different car.”

Lisa Agar also revealed, “[Prince] William was being friendly but didn’t go near any girls. The closest I got to him was when he posed for the photograph. I just wanted to tell people what a genuinely nice guy he is.”

Alison Hatcher, a friend of Lisa, described the prince as “a lovely guy.” She added, “He was relaxed and friendly and we chatted about music and things like that. He was really down to earth.”