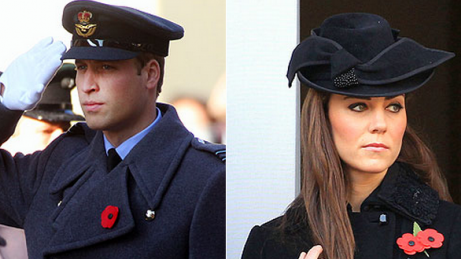 The prince was dressed in uniform when he laid a wreath at London’s war memorial. The Duchess of Cambridge, who watched from a balcony alongside Duchess Camilla, Countess Sophie, Princess Anne’s husband, was sporting a black double-breasted coat by Diane von Furstenberg with two scarlet poppies. Meanwhile, Prince William will be deployed to the Falkland Islands for a six week tour of duty early next year.