Prince William, who recently turned 25 years old, and his former girlfriend Kate Middleton spent the night together at Clarence House on the eve of the Diana concert. 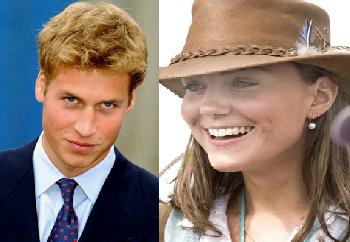 The revelation comes as Prince William gave the clearest signal to date that he is once again close to Kate by inviting her and her family to sit in the royal box for Princess Diana concert. But in public the couple tried to keep everyone guessing by not sitting together.

Prince William’s behavior was contrast with the behavior of Prince Harry and girlfriend Chelsy Davy who were pictured flirting and kissing in the front row.

Kate Middleton, who looks stunning in a white coat dress and high boots, was seating in two rows from her former boyfriend and was also invited to mingle with the performers at the after show party, but left alone.

Officials bluntly refused to discuss William’s private life and the status of his relationship. But one senior royal source revealed, “They are of course close friends and have remained so since April.

On the eve of the show, Kate Middleton left her flat in Chelsea at 9pm and arrived at Clarence House- Prince William’s London home – around midnight. Her Audi car was collected by an aide and driven into Clarence House, waved through by police on guard at 1.45am.

In the concert, Kate Middleton was seated next to one of his closest friends, Thomas van Straubenzee. Her sister and other members of her family were also invited.

Towards the end of the show TV cameras focused on Kate as she enthusiastically sang along to Take That’s (I want you) Back For Good.

At the start of the show, Prince William and Prince Harry appeared overwhelmed as they stood side by side on the stage on what would have been their mother’s 46th birthday.