Prince William has defended his brother’s “wild” behavior. The 25-year-old prince, admitted his 22-year-old brother, who has been branded a ‘lager lout’ and ‘party animal’, liked to have fun, but said some of the things written about him were “poisonous.” 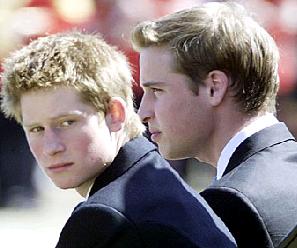 The comments were made in the brothers’ candid interview with NBC, some of which was aired this week.

Prince William told interviewer Matt Lauer: “He’s certainly wild. But Harry has had his fair share of hard time from the media.” The prince added: “God knows what is said in the papers. It’s just poisonous.”

The prince also denied press attention caused the breakdown of his relationship with Kate Middleton, 25, earlier this year. He revealed, “What I do with my private life is between me and myself. I don’t listen to the newspapers.”

Prince Harry did not give away specific details about his relationship with blonde Chelsy Davy, 21, but did admit he felt it was difficult to lead a “normal” life. He revealed, “We know we have certain responsibilities. But within our private lives and within certain other parts of our life we want to be as normal as possible. And yes it’s hard because to a certain respect we never will be normal.”