Prince William, the Duchess Kate and Prince Harry try the social media on Wednesday after having a new Twitter account. 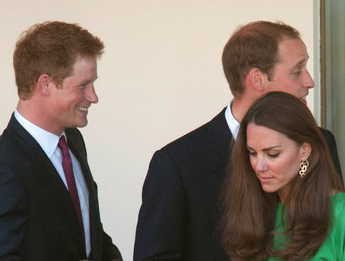 Fans and followers should have the latest updates from the three royals as well as their Royal Foundation charities. The first tweet from the royal Twitter account includes a greeting from Kensington Palace on Wednesday morning.

The three royal celebrities are expected to post photographs with fans and celebrities through their Instagram too. One picture shows that Prince Harry poses with Dikembe Mutombo, who is retired NBA player during Coach core graduation ceremony. Meanwhile, the royal social media accounts attract 74,000 followers on Twitter and 13,000 Instagram followers