Prince William seems to be embracing his newfound role as one of Britain’s most eligible bachelors. The prince is going to move into London’s upmarket apartment building Dolphin Square in Pimlico. 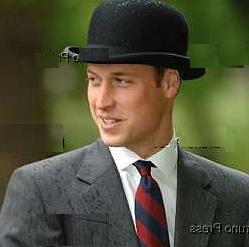 Residents at the apartment complex apparently had an idea they were about to get a high profile new neighbor after extra security measures were implemented and new CCTV cameras were installed. Their suspicions were confirmed when an announcement that Prince William has signed a lease on a newly refurbished three-bedroom flat.

According to the article, the 24-year-year-old prince will shortly move into an apartment on the ninth floor, while “members of his police protection team will be located in apartments on either side of his flat”.

Prince William will enjoy upmarket facilities such as a pool, gym, bar, squash courts and even a croquet lawn. There are also hordes of porters to cater for residents’ needs. Another advantage is it is one of the safest addresses in London.

As for the reason why Prince William has chosen the apartment over a more regal base such as Clarence House. A royal aide revealed, “Dolphin Square is safe, central and anonymous. While he’s in the Army William only needs an uncomplicated base in London for short periods. And the real point is that he does not yet want to live in any of the royal palaces where everyone would know exactly what he’s up to and who he invites back. He’s got a whole lifetime of that.”