Prince William, who signed to undertake stints with the U.K.’s air force and navy next year, is set to become the first member of the British royal family to serve in all three branches of the military. 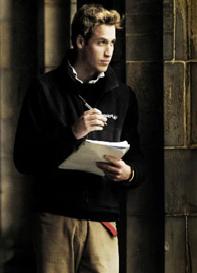 The 25-year-old prince, who is currently a second lieutenant in the British army, will begin a four-month attachment with the Royal Air Force in January before going on to serve a period in the Royal Navy.

A statement indicated that the plan is to “familiarize” the second-in-line to the British throne with “the structures, capabilities and ethos of the RAF and the Royal Navy.”