Wedding bells might be around the corner for Prince William and Kate Middleton soon. The charming young couple is back on and inching closer to marriage several reports claim. 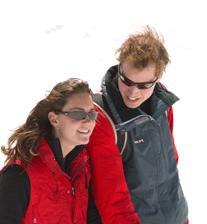 Other reports claim that Prince William will use one of Princess Diana’s favorite rings for the important occasion. According to a report, the 25-year-old prince has approached Uncle Earl Spencer about using the ring for a proposal, which royal sources are said to expect in the next six months.

The couple is currently on a holiday at a secluded island in the Indian Ocean for a private, romantic break. People reports that there are meeting up for secret dates including a party at army officer William’s barracks between the couple since their split in April.

According to the report, the couple has been extremely careful not to flaunt their relationship when they rekindle their relationship. But now friends say the pretty brunette and her Army officer prince are ready to discuss their future together – with Kate even being given her own key to William’s Clarence House home.