Prince William shares his experience on his first days of fatherhood when he appears at a charity polo match. 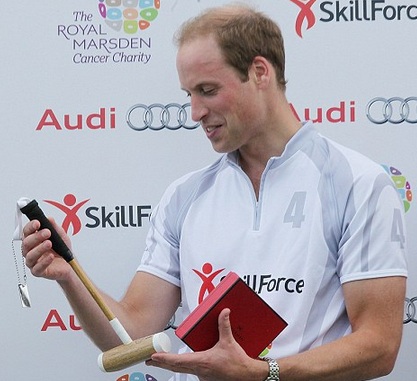 The Duke of Cambridge admits that he would be picking up nappies on his way home while he was being presented with a mini polo stick for his son Prince George by Audi UK director Martin Sander after the match. The royal feels it was good to get out of the house for an afternoon. On meeting the guests afterwards, he confesses that he got to make sure that he is not too late back. On his game performance, he feels that he is in a baby mode and thinking about the napes so he wasn’t really in the zone. On his son, the proud father reveals that the baby likes to move around a lot, wriggles a lot and keeps on their toes. Meanwhile, Prince William is taking a break from his parenting duties to play in the Audi Polo Challenge at Coworth Park, Ascot, Berkshire alongside Prince Harry on August 3.