His striking image of the Queen was considered by many to have shown Her Majesty in a new light. Now, Rankin is being lined up to shoot Princes William and Harry in what he says is a reflection of photography eclipsing traditional portraiture. 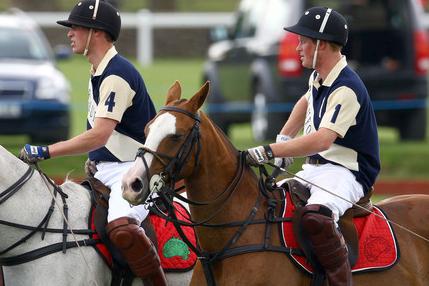 “Photography is so now – with the popularity of Bebo and MySpace – and so immediate,” he told Mandrake at the private view of Rankin Live, at the Truman Brewery, in east London. “I think there is still a place for traditional painted portraits, but increasingly photographs can do a similar thing. People want a bit of both. The Princes would make fantastic subjects; they are both so modern.”

While the Queen has sat for countless artists, her grandsons have only posed once, for John Wonnacott, as part of a group portrait to mark the 100th birthday celebrations of the late Queen Elizabeth the Queen Mother. “I think that Prince William and Prince Harry are amazing,” adds the fashionable snapper. “I would absolutely love to photograph them. For me, it’s not about celebrity or the privilege into which you were born. They have an incredibly difficult life and I think they carry it out with dignity. Obviously, I treat people with respect if they have earned it.”