Rachel Stevens shares the same Los Angeles gym as the ‘Shrek the Third’ actress and admits she can’t take her eyes off her. 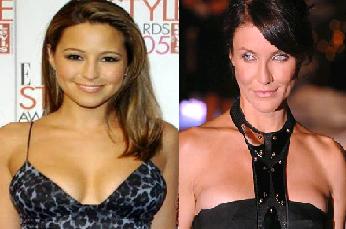 The former S Club 7 singer revealed, “I share my gym with Cameron Diaz. Cool, eh? She was on the running machine last week, telling me she’d been on some girlie holiday with Drew Barrymore. Her body is amazing – so tall and slim. A real hot surfer chick. I couldn’t stop looking at her.”

The 29-year-old brunette also revealed that while she wishes she could quit smoking, she loves puffing cigarettes in Los Angeles. It is because she enjoys annoying everyone.

Rachel added, “I really need to stop, but there’s something even more satisfying about smoking in Los Angeles.